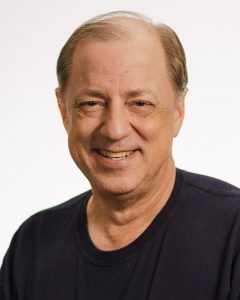 David Kopp, LMT, earned his certification in massage therapy at Wellspring School of Allied Health in April, 2011, earning Academic Achievement and Personal Achievement awards and is currently working toward his certification in Craniosacral Therapy through the Upledger Institute. David also holds a bachelor’s degree in Mass Communications from the University of Central Missouri where he served as an adjunct faculty member from 2002-2006. Prior to becoming a massage therapy practitioner, David was an accomplished, award winning photographer, print and broadcast journalist. He has won awards for his work from the Associated Press, Missouri Press Association, and National Association for Local Television Sportscasters. A devoted family man, David and his wife, Karen have three children and six grandchildren.

Today, I am completing my massage program at Wellspring, and I just wanted to tell you how wonderful this school has been for me.  The staff is so great and dedicated to making sure the students will reach their goals.  They go above all other professors I have had, and are so interactive and passionate