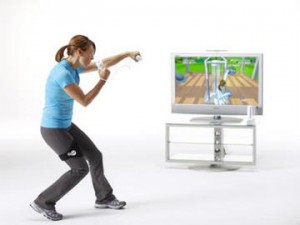 Looking for ways to stay indoors for your workouts? Do you have allergies or kids that just won’t leave the video games alone? Kinect, Sony’s PS3 Move and Nintendo’s Wii systems now mean whichever console you own, you can get a gaming workout with the right motion-sensing controllers.

Here are some of the top fitness video games for 2011:

Would love to hear your feedback. Have you tried any of these systems. What would you suggest?

Ratings brought to you by MSN.

I began a quest to get my health back on track and found many ways to correct my body’s imbalance through natural healing. After passing my National Certification; I took a job (the next day) with New Life Massage.